Above: Monforte d’Alba is a village in the “Barolo” appellation. It lies in the “Langhe” hills of the “Piemonte” region. EU regulations restrict a Monforte-based producer of Barolo from mentioning “Langhe” or “Piemonte” in online and other marketing materials because of a perceived conflict with the “Langhe” and “Piemonte” appellations.

A report today in the British daily The Independent describes a brewing controversy among Italian winemakers: rigid EU marketing regulations now restrict regional references that wineries can use online and in other printed marketing materials.

Earlier this year, a Barolo producer was fined after “he had mentioned in marketing material that his cellar was in the Langhe area of Piedmont, as well as being in the village that has given the red wine its name.”

Even though the winery in question is located in the Langhe hills of Piedmont (Piemonte in Italian), the winemaker broke the rules by mentioning the place names somewhere in his marketing material.

The story was reported in the English-language media after Slow Food founder Carlo Petrini published an online editorial on the controversy last week. In the piece, he expresses his bewilderment in the face of such restrictive regulation and he offers his support to the Italian Federation of Independent Grape Growers and its call for civil disobedience.

In early October, the Federation published an open letter on its website denouncing the regulations and threatening to ask its more than 600 members to violate the regulations (if not already in violation) and then “self-report” the infraction.

If the Italian government does not move to change — and succeed in changing — the regulations by December 31, 2015, the Federation says it will call for its members to act as early as January 1, 2015.

“We are ready to engage in civil disobedience,” write the authors of the Federation’s open letter, “in order to defend our right to market our appellations.” 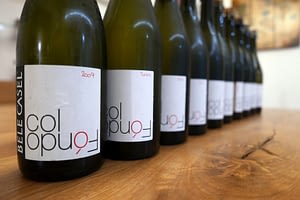 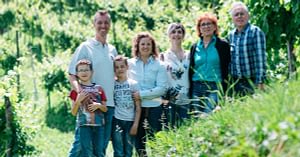